The World Sports Games Tortosa 2019 is now in the homestretch 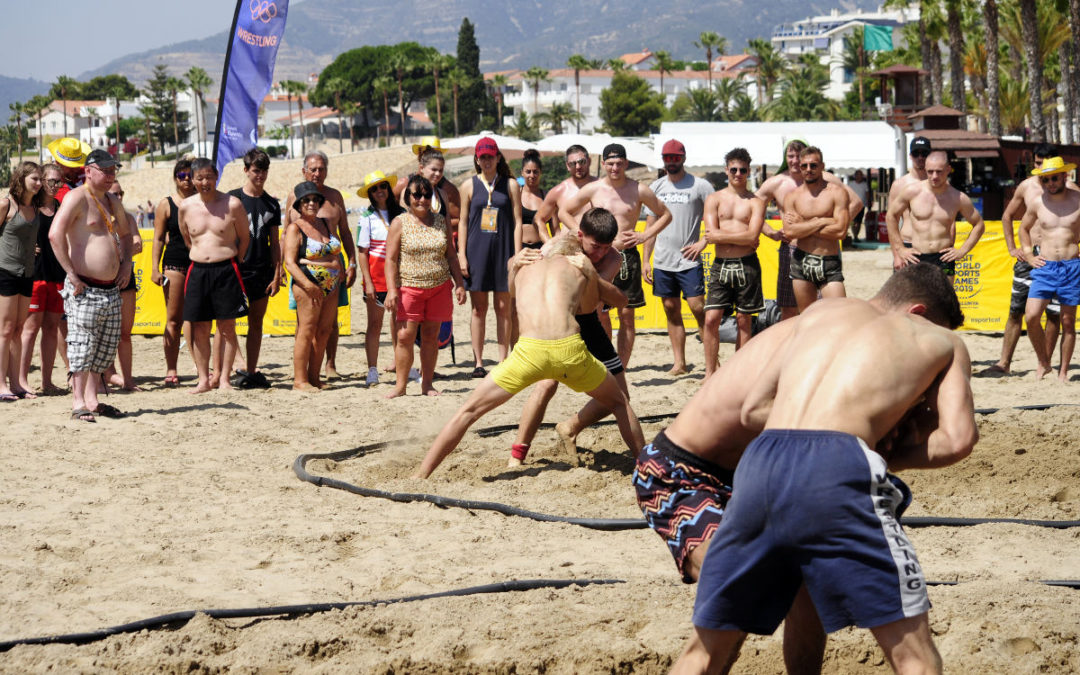 Penultimate day of competitions in these popular world games celebrated all over Terres de l’Ebre.

The day began early in the morning with basketball competitions in Ferreries Pavilion in Tortosa, where we could see female and male matches.

Also at the same time, football matches continued at the Josep Otero Football Stadium, judo at the Firal Pavilion and swimmin in the WIN Complex Esportiu.

Minigolf has continued early in the afternoon at Teodor González Park.

The “fun handball” competitions has been on of the most followed matches in the city today, since mos of the participants are from local clubs.

In contrast, in the same city the competitions of chess, wrestling and petanques have already ended.

Amposta, the capital of Montsià has completed the athletics competitions.

In the city of Deltebre, the music has begun because of the pole dance performances, a sport that requires a lot of tècniques and at the same time a corporal and artístic expression.

On the other hand, in La Devesa Stadium, he could see the minifootball matches have continued in both women’s and men’s categories. Next to the football field it took the mamanet final where a Israel team won.

Finally in l’Aldea started the final of artístic skating with lot of performances of skaters from Italia,

Egypt and San Marino. In Salou it took place the american football and in l’Ampolla, the Wheel gymnastics competitions will continue tomorrow.

Saturday morning will be the last day of these World Sports Games Tortosa 2019 and the majority of the sports will distribute their last medals to the winners of the competitions.

The only sport that has to debut and it will do it the last day is beach tennis in La Ràpita.

At the end of the day, it will be the Closing Ceremony of these popular world games that will take place at Teodor González Park in Tortosa.